The Unchanged Reality of Carlos Betancourt

Carlos Betancourt is one of those artists who I felt I had known all my life. Even though we truly connected recently thanks to a trip to Mykonos, I met Carlos several years ago at the Bass Museum in Miami and was completely charmed by his sense of humor, his authenticity and his very special aura. 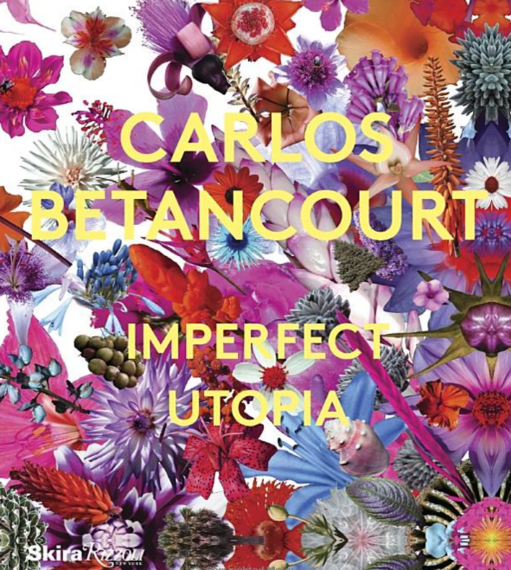 The important thing about an artist, I believe, far outside their work, is how interesting they are, how articulate their ideas are and how engaging their art is in the context of what that artist sees and feels. It's hard to separate one thing from the other, and there isn't anything objective about looking at art outside of the very formalistic clause that sometimes wants to be imposed onto us in order to be taken "seriously." 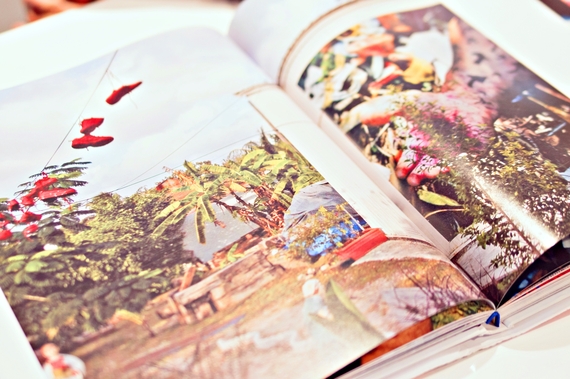 This is why subjectively, and soulfully, I went to visit Carlos and his partner and manager, architect Albert Latorre, at their Miami studio. In part, the reason of my visit had a lot to do with the release of Carlos's new lush, hard-cover coffee table book "Imperfect Utopia," published by Rizzoli/Skira about a month ago. This exuberant volume explores Carlos's 25-year-old career with more than 250 images and texts by art critic Paul Laster, art history professor Robert Farris Thompson and United States Inaugural Poet, Richard Blanco. The other reason was because I honestly wanted to peek inside the fascinating space of Carlos, which from pictures I had seen looked as dense and tropical as his native Puerto Rico rainforest of "El Yunque", which is brilliantly documented in his book. 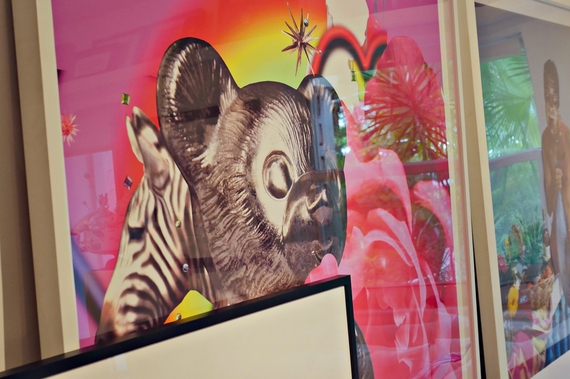 Everything in Carlos's work is rooted in the idea of memories, beauty and nature. Consummate dexterity in many different mediums including photography, collage, painting, assemblage and sculpture have allowed Carlos to develop his very own visual language which is as vast as the amount of colors, symbols and materials that he uses. Being the child of exiled Cuban immigrants who kept on moving, Carlos was born in San Juan and then settled in Miami when he was about thirteen. His never-ending quest for turning memories into reality started then. He talks about a term he has coined: "Fracturism" his conduit to assemble the fractured pieces of his many cultural identities, languages and histories. 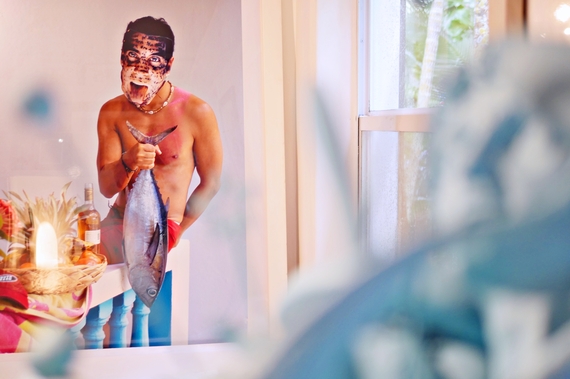 While going through the visual explosion of his book, where each page seemed to contain a thousand stories, I can't keep my eyes still and my gaze wanders in amazement. We are surrounded by large scale collages, sculptures, photographs, books, trinkets, objects - somehow in perfect order and great style even though they could have created a cacophony of massive proportions. As he continues walking me through the book, I have an exalted feeling of a strange similarity between print and reality. In a surrealist state, I could have jumped inside and outside of that book and not feel the difference. 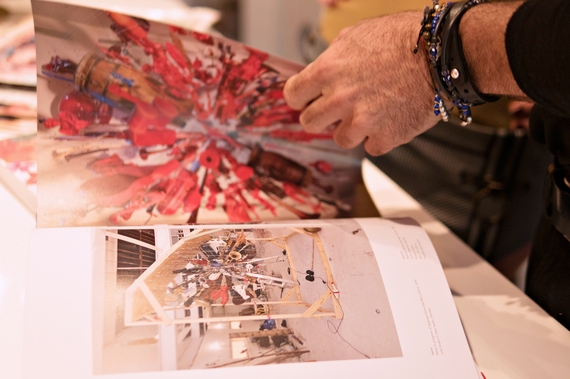 Carlos's work does not pretend to be what it is not and that is why it feels so honest. There are references to Wilfredo Lam and Felix Gonzalez-Torres, precursors in art and geographical bloodline since the former was Cuban and the latter Cuban by birth and Puerto Rican by upbringing. There are hints of pop, coming from Warhol and the fact that Carlos's helped shaped the Miami art scene of the 1980s before Wynwood was Wynwood and before Art Basel Miami Beach first opened and turned Miami into an international destination for collectors, curators, artists, museums and everything else that Miami represents today for the art world. 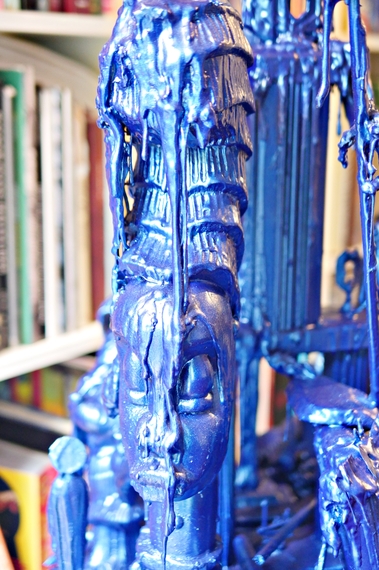 Extensive cross-references to color symbolism in literature, religion and popular culture are also abundant in his work. For example, red, which is quite present, indicates energy, desire, war and power. Blue-purple appears as much and comes from the Yoruba tradition that believes "evil can't cross" as mentioned in Robert Farris Thompson's seminal book on the art history of the Black Americas "Flash of the Spirit". Gold, which implies wealth and status in almost every country, sparkles in many of his pieces, mostly used to indicate "magical properties". 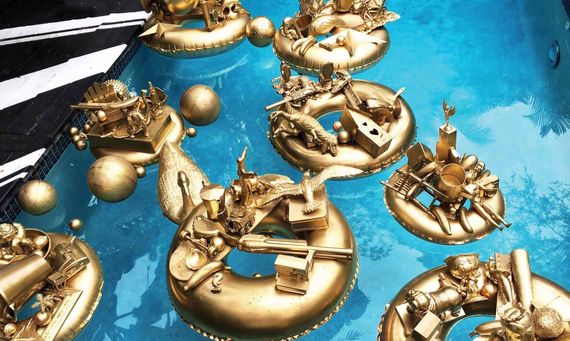 Like Alice in Wonderland, I feel I don't want to leave, although I know that I have to. But not before being escorted into a lush garden and a turquoise pool where gilded floating devices and toys become an extraordinary installation where everything is conspiring to make it all the more beautiful and dramatic. Carlos tells me it is a work in progress called the "Golden Pond Wishes," and I think there could not be a better and more fitting name. In fact, my wish is that I could close my eyes, throw a nickel and come back as soon as I can.